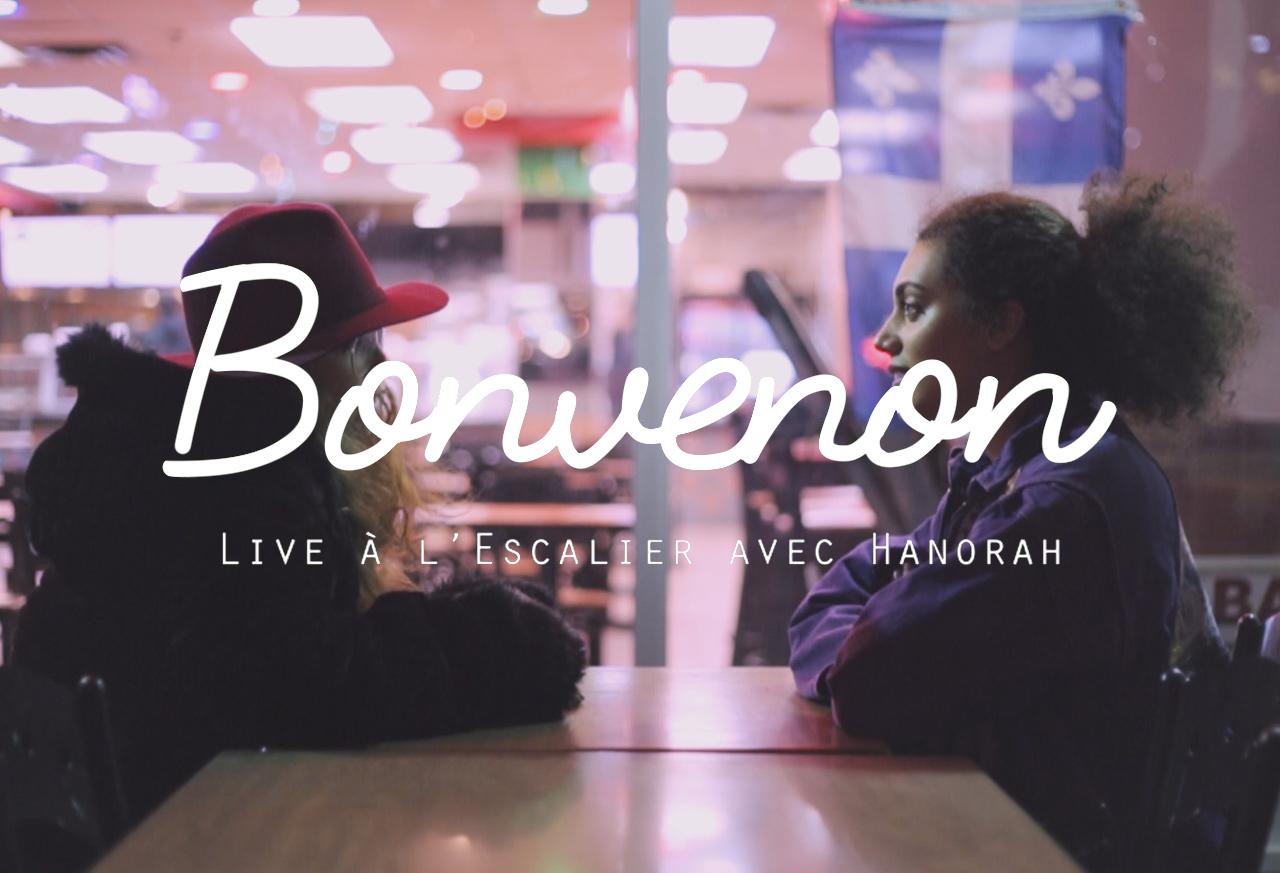 Bonvenon | Live at “Escalier” with Hanorah

Surely you have already experienced the virtues of a deep voice, which touches your epicenter and immediately warms your heart? Hanorah has this gift.

When we met her, she was planning a tour of North America with her band of talented musicians. She also kept a little secret; his future appearance on the program La Voix. Well, she delivered an emotional performance and charmed all the judges during the blind hearing, for which she interpreted a song that fits perfectly with her voice, “all I could do was cry” by Etta James. She didn’t just charm the judges. Obviously, after appearing on the show, Hanorah found a record deal. It was with nothing less than the Montreal record company Dare to Care records that it made its official entry into the industry. This is proof of the talent and charisma of the young and charming singer.

Hanorah is a multi-disciplinary artist. A former Concordia student, she loves the visual arts. She paints and has been a make up artist for 5 years. When we met her, in November 2016, she was still experimenting with different avenues with her band composed of Paul De Rita (guitar), Christian Henegan-Comeau (keyboard), Adam Shore (bass) and Olivier Cousineau ( drums). In this video, she explains her approach to art and defines how her life in Montreal shapes her career.

Hanorah and his band of seasoned musicians deliver a soul flirting with funk and rock. They offer performances throughout the province.
To listen to his music and know the dates of the shows, go to his Bandcamp and on his page Facebook